As the record-breaking drought continues in Queensland, new figures show just how much support the Queensland Government is providing for farmers.

More than $120 million of assistance in various forms has been disbursed since the current severe dry began, plus further assistance in a range of concessional loans programs.

Minister for Agriculture and Fisheries Leanne Donaldson said assistance through the state’s Drought Relief Assistance Scheme included freight subsidies for fodder and water for livestock, as well as Emergency Water Infrastructure Rebates to better prepare producers for this drought and subsequent drought events.

“This financial year, more than 3,500 claims have been processed, including over $9 million in freight subsidies and emergency water infrastructure rebates valued at over $7.3 million,” the Minister said.

“Since the beginning of the drought farmers have received $29 million in freight subsidies and $39 million in emergency water infrastructure rebates.

“Through the Drought Relief Assistance Scheme to date, over $850,000 has been provided to charities that deliver drought support such as donating fodder.

“All these state government drought support measures to farm businesses, farm families and farm communities amount to around $120 million so far this drought.”

In addition, since the drought began the State Government through the Queensland Rural Adjustment Authority (QRAA) has provided more than $183 million dollars through 550 loans to primary producers under its Primary Industries Productivity Enhancement Scheme (PIPES).

QRAA is also delivering assistance on behalf of the Australian Government through the farm finance, drought concessional loans and drought recovery loans schemes which help with restructuring existing debt and carry-on finance at discount interest rates.

Since this drought began the Australian Government has provided to 276 producers more than $160 million in loans and financial assistance to Queensland producers through QRAA.

“We have also committed to work with primary producers to develop long-term climate risk management and preparedness plans, as we must be ready for the next drought,” the Minister said.

“Some people have benefited from recent rains, but many producers have yet to receive useful falls with some areas continuing to miss out,” she said.

“We can’t make it rain, but we will maintain our support for producers many of whom are entering their fourth year of drought declarations.” 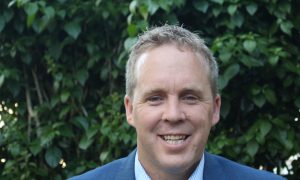 Government announces rural recycling ‘a must do’