JCB is celebrating 25 years production of the Fastrac – a range of agricultural tractors that remain unique and continue to offer farmers and contractors an unmatched combination of features and performance advantages resulting in high levels of productivity and utilisation.

It was JCB Chairman Anthony Bamford who struck on the idea of manufacturing an unconventional tractor while he was on holiday overseas in 1984. He saw an opportunity to develop a tractor that had high road speed and which would also be capable of field work, including heavy draft applications. His inspirational idea would become reality some years later when the world’s first real tractor with full suspension was launched.

The Fastrac design has developed hugely from the first prototype built in 1987 in secret beneath the office block at JCB Transmissions in Wrexham, North Wales. The tractor brought together established technologies and components in a way that not only provided exceptional ride comfort for an agricultural tractor thanks to the suspension incorporated in both axles but, as first tests were to prove, it also shattered the myth that suspension and ploughing is an impossible combination.

The design was developed and the prototypes entrusted to selected farmers for final feedback and refining before the result of the $20mAUD (£12m) Project P120 was unveiled to the media and to the public at the Royal Smithfield Show in 1990 ahead of production start-up in spring the following year.

Agriculture Minister Baroness Trumpington cracked a bottle of champagne over the nose of the first Fastrac off the Cheadle assembly line as if launching a new ship, as factory staff and the men behind the inspired design – Sir Anthony (now Lord) Bamford; the late David Brown, Chief Engineer; Ray Clay, suspension engineer; and Mike Butler, JCB Landpower Managing Director.

Quite apart from being the first high-draft agricultural tractor with all round suspension and capable of top speeds up to 75kph (47mph), over the past 25 years the Fastrac has been the first to feature truck-standard disc brakes, multi-mode four-wheel steering, an anti-lock braking system (ABS) and self-levelling suspension. It was also the first – and remains the only – tractor to combine those features with an advanced, electronically-managed continuously variable transmission.

Paying tribute to the JCB engineers who brought the Fastrac concept to light, Lord Bamford said: “The Fastrac is a remarkable example of JCB’s innovative engineering culture at its best. The concept of a tractor better equipped for road travel and transportation tasks but also very capable at undertaking demanding field work has proven its worth over the years, in terms of increased productivity and lower operating costs.

“At the same time, the Fastrac has advanced the principle of giving operators the best possible comfort and working environment so they can be as productive as possible while looking after their health and well-being. There are many cases of farmers with back troubles, often brought on by driving conventional tractors, who have been able to continue with field work thanks to the supreme ride and comfort of the Fastrac. That in itself is something worth celebrating.”

It was the field speed and comfort praised by early Fastrac users that influenced development of the Fastrac design to continually improve its field work capabilities while retaining its unmatched performance as a transport vehicle.

The Selectronic transmission with two-speed powershift was one of the first improvements to the Fastrac introduced two years after the 125 (120hp) and 145 Turbo (140hp) were launched in 1991. It doubled the number of working speeds available and brought a pre-select system for easy range and shuttle shifting.

And, of course, the Fastrac acquired more power – a theme that would recur regularly in the ensuing years – with the addition of the 150hp Fastrac 155 in 1993 and the 170hp Fastrac 185.

In 1995, JCB pulled another surprise out of the bag with the Fastrac 1115 – a smaller, lighter, more nimble tractor with a top speed restricted to 50kph (31mph) so it could run on standard rather than high-speed rated tyres. It was joined later that year by a 135hp turbo-engined version. JCB engineers then applied their expertise devising multi-mode four-wheel steering systems for Loadall telescopic handlers by producing the Quadtronic system for the Fastrac 1115 and 1135.

This sophisticated set-up trimmed the tractors’ turning circle by up to 25% and was so successful it remains a standard feature of Fastrac 4000 Series tractors. Operators can select two-wheel steer for the road, delay rear axle steering when turning out of tramlines and row crops or use True Tracking to keep the rear wheels faithfully following the fronts.

Circle steering gives the tightest turns and the tractors can even crab steer to counter slopes or spread their weight over four wheelings.

A more powerful, longer wheelbase model – the 148hp 2150 – joined the ‘small Fastrac’ range when in 1998 the line-up was given a significant upgrade with new engines and the Autoshift 54×18 speed transmission. Introduced in the two-model ‘large Fastrac’ 3000 Series at the same time, this transmission’s automatic three-speed powershift reduced the operator’s workload and provided field and road modes for timely shifts under different circumstances.

The Smoothshift wet clutch transmission provided an operational and durability upgrade for all Fastrac tractors in 2000, and the following year, JCB’s unique anti-lock braking system (ABS) brought new levels of safety and security. Although ABS was widely used on road vehicles, JCB engineers produced a system that not only coped with the heavy mass of a tractor wheel assembly on tarmac but also on slippery grass and loose-surface farm tracks.

JCB entered tractor market sectors with the 250hp Fastrac 8250 in 2005 – the company’s 60th anniversary year – and the 178hp to 270hp Fastrac 7000 Series in 2008. The former introduced CVT drive to the Fastrac range while the latter heralded JCB’s own P-Tronic 24×9 speed semi-powershift transmission, which was installed to great effect in the Fastrac 3000 Xtra models from 2011.

A two-model 8000 Series and new levels of performance were established the same year with the introduction of the Fastrac 3210. This newcomer took the Fastrac range beyond 300hp for the first time and featured a new engine, electronic power modulating traction control and new control features for the V-Tronic stepless transmission.

Agritechnica 2013, meanwhile, signalled one of the most significant steps in the Fastrac development story, when the 4000 Series tractor was previewed.

With three power outputs from 175hp to 235hp, a CVT transmission, self-levelling suspension front and rear, multi-mode four-wheel steering, sophisticated hydraulics and a mid-mounted cab offering best-ever space and all-round visibility, the newcomer is the most advanced Fastrac ever.

JCB Chief Engineering and Innovation Officer Tim Burnhope said: “The Fastrac 4000 Series is such a complete tractor in all respects that it’s attracting users who haven’t operated a Fastrac before, as well as long-term enthusiasts. With a specification in terms of cab design, engine performance and transmission control and flexibility that’s at least as good as other tractors of comparable power, plus the benefits of all-round suspension, steering and disc brakes, these first-time users recognise that they can buy into the Fastrac’s established advantages without compromise.”

As good as the standard Fastrac is, its potential for modification to suit specialist applications has also been recognised, with extended chassis Fastracs built for spraying and lime/fertiliser spreading, including six-wheel versions built as spreading vehicles in Australia.

Road/Rail conversions perform trackside vegetation work and other maintenance tasks and the Fastrac is seen at airports for clearing snow and ice from runways. But the most highly modified Fastrac is used by the US Army – it features a hydraulic loader and backhoe, is capable of travelling at speed in convoys and can be stowed in the load bay of a Hercules C-130 transport aircraft.

The Fastrac has also enjoyed moments of fame; it is the only tractor to have featured twice on the BBC Top Gear programme – at the original launch and when The Stig set a time of 2 minutes 57 seconds on the airfield test track.

And it’s the only tractor to have launched a World record attempt. In 2006, a Fastrac 8250 capable of 105kph (65mph) got the high-geared JCB Dieselmax underway during the start-up procedure for its successful attempt on the diesel land speed record.

The Fastrac in all its forms remains unique, providing a combination of design and technical features that promote high utilisation through its versatility, high productivity through its performance and with unmatched ride comfort in the field and on the road. 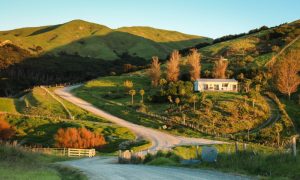 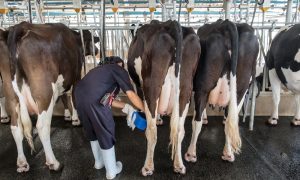 Dairy farmers hung out to dry as season peak hits